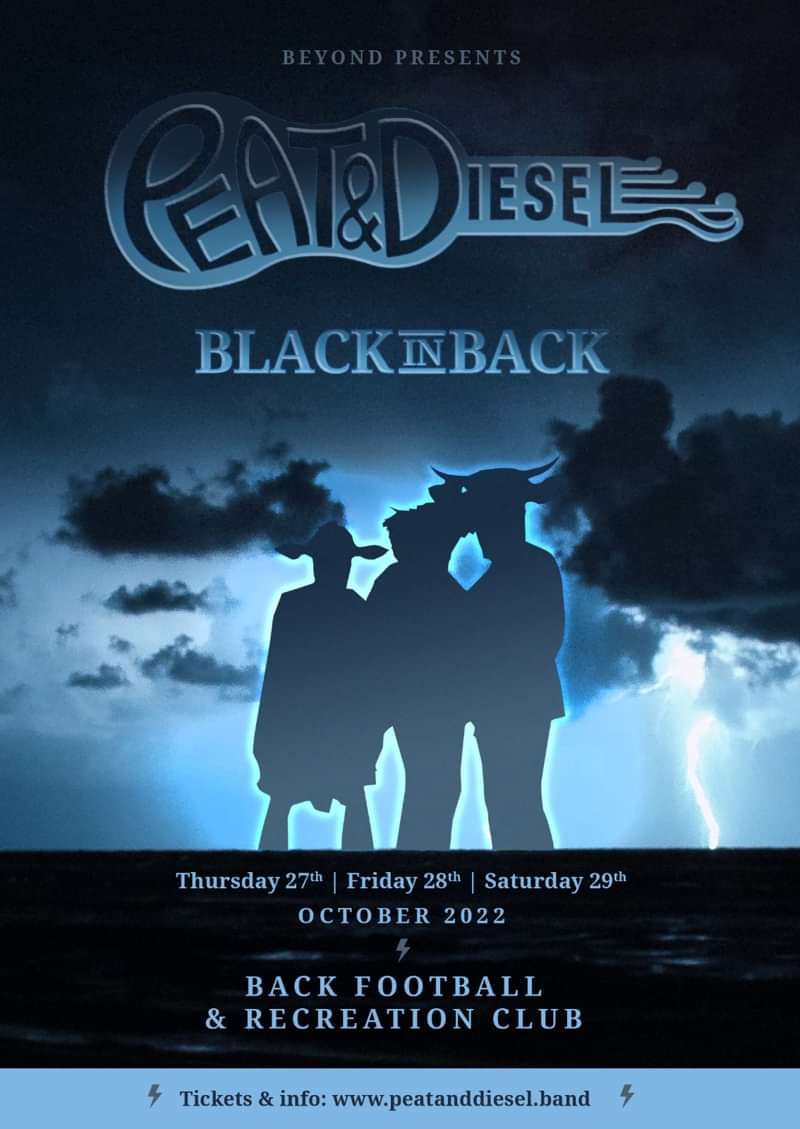 Back Football and Recreation Club, Isle of Lewis

Formed by friends Boydie (vocals/guitar), Innes (accordion), and Uilly (drums), the Stornoway trio started out playing songs to entertain themselves. Their mix of folk, punk, and rock - with Boydie's tongue-in-cheek lyrics about island life - soon found an audience when videos of them performing were posted online.

After a handful of gigs, and the song and video "Western Isles" going viral, their reach soon spread throughout Scotland. A bit rough and ready on stage but the craic is always mighty, the 3 piece are fast gaining a loyal following around the country selling out venues – not only in Scotland where they recent sold out two nights at Glasgow’s Barrowland on tour – but now across England, Wales and Ireland too.

The last couple of years has seen them self-release two albums with the most recent - Light My Byre - entering the UK Top 30 Album Chart on release. They earned the "Live Act of the Year " award at the Scots Trad Music Awards and were also featured in an episode of The Misadventures of Romesh Ranganathan on BBC 2 when he visited the Western Isles.

The songs won’t make much sense to the average person, but the person behind the lyrics isn’t your average man. They’ve had enough of explaining who they are though, they just want to find out where they can go and find something that rhymes with something else so Boydie can keep writing the mad songs.